WE MAKE SURE THAT THINGS STAY TOGETHER FOR EVER.

New facade developments must be able to withstand every day-to-day adversity and condition. Accordingly, during the design process each GIG facade solution is subjected to the strictest tests in the branch, in order that unpleasant surprises are avoided. With this in view, GIG produces fully functional prototypes, which are also examined by independent institutes using the appropriate tests such as BS (British Standard), EN or the CWCT test pursuant to the British Standard (air resistance and permeability).

All test results are precisely documented in reports and only then does GIG pass your new facade as being suitable and complete it. 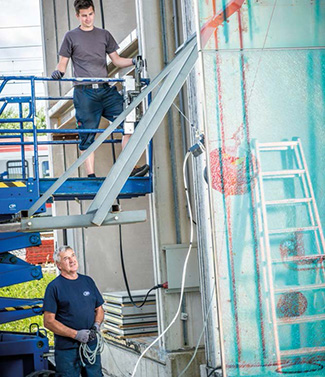